Tiree has recently gone viral with their latest promotional video for the Tiree Harbours Project. The video, which has been put together by Jack Lockhart has some beautiful footage of our island, the harbou 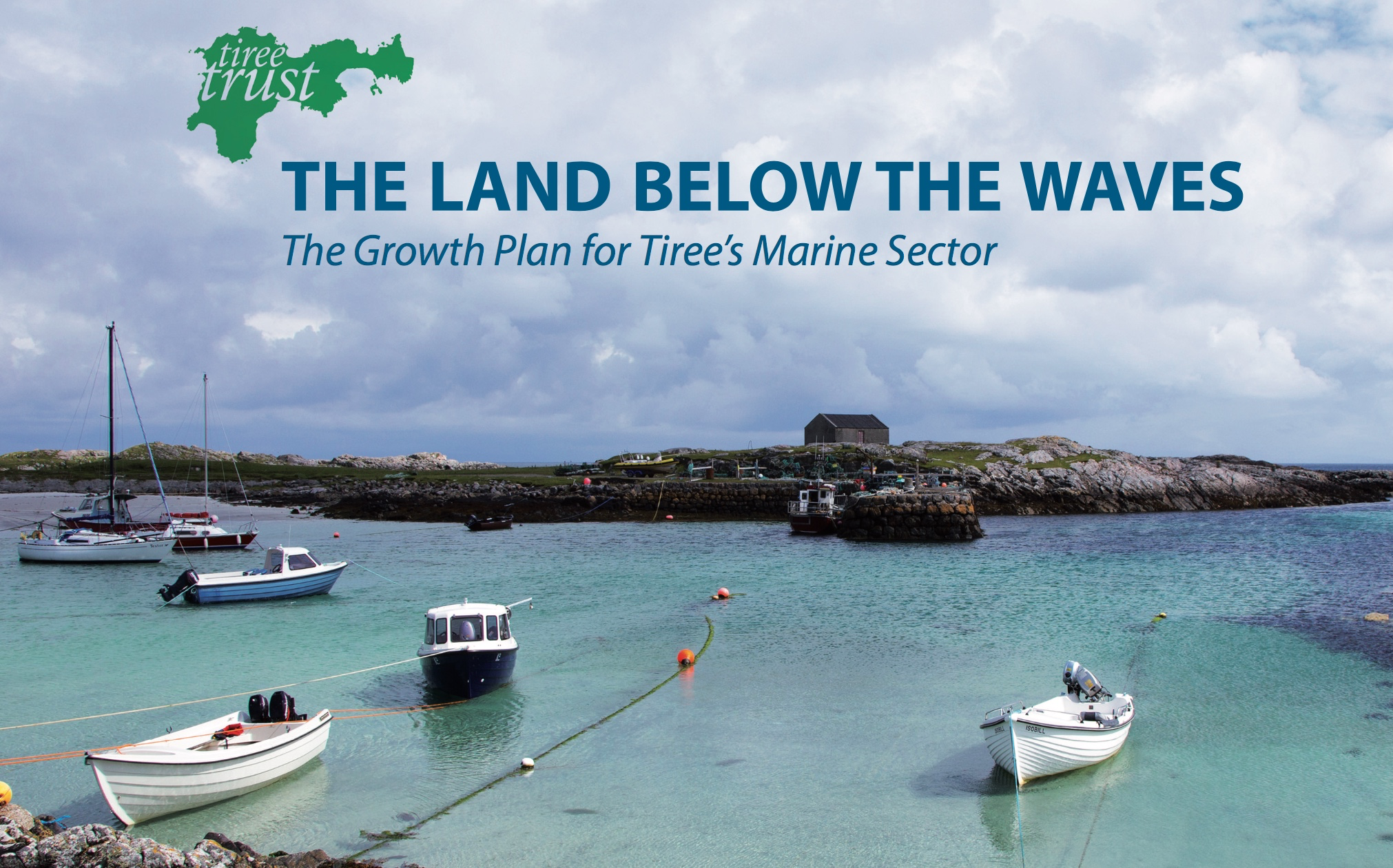 rs and fishing industry. The 3-minute-long video is narrated by Jamie MacDonald, who tells us about the achievements of Tiree, the long list of successful community project
s, our wind turbine Tilley and award winning music festivals and sporting events. However, the main aim of the video is to introduce and promote the Tiree Maritime Growth Plan which The Trust has developed with the aim of:

The Tiree Harbours Steering Group was reformed by The Trust in 2015, with the remit to investigate development opportunities for the harbours on Tiree. The steering

group, chaired by Coinneach MacKinnon, has a very active committee and have already made very positive progress with moorings recently installed in Gott Bay, thanks to work un

dertaken by the group, Tiree Community Business and Tiree Trust.
Fishing is an integral part of Tiree’s economy and its heritage. There are currently 8 local boats fishing the waters around Tiree, 6 berthing in Milton harbour and another 2 located in Scarinish, with 18 local residents being employed within the industry.

One of the main reasons for forming the steering group was to address the current state of both harbours as neither is fit for purpose, which puts the long term future of the Tiree fishing industry in severe jeopardy. The safety of the fishermen and their fleet is constantly being put at risk, especially in the harsh winter months. Over-topping of the pier is a common occurrence, which puts all the vessels and the crews at serious risks of damage and injury. Part of the harbour at Scarinish has also recently been condemned to the general public, with a barrier being put in place to ensure the safety of the public.

The video also covers the landing of the catch, much of which is exported further afield to Spain and China. Landing takes place within the harbours, where there is little or no shelter or lights, making for a difficult job in the harsh winter climate of Tiree. The development which is currently being proposed involves erecting a large shed situated at Milton Harbour, which would be used as storage and a facility that can be used for landing, making for a much more comfortable job for the fishermen. The development would include raising and extending the pier to make it fit for purpose and safe to work from, something that is taken for granted in many other professions.

The video had already been shared online 130 times and reached nearly 9,000 people on Facebook by the second day of release.

Both harbours are currently owned by Argyll Estates who have indicated a willingness to transfer ownership of both before undertaking development. The development at both harbours is expected to cost in the region of £1.62m and the next step is to apply for funding for this. Funders have been earmarked and applications will be submitted in the coming months.

The video can be viewed by clicking here.