For some time now, Tiree Community Development Trust has been working on two of the biggest community projects since the erection of Tilley back in 2010. 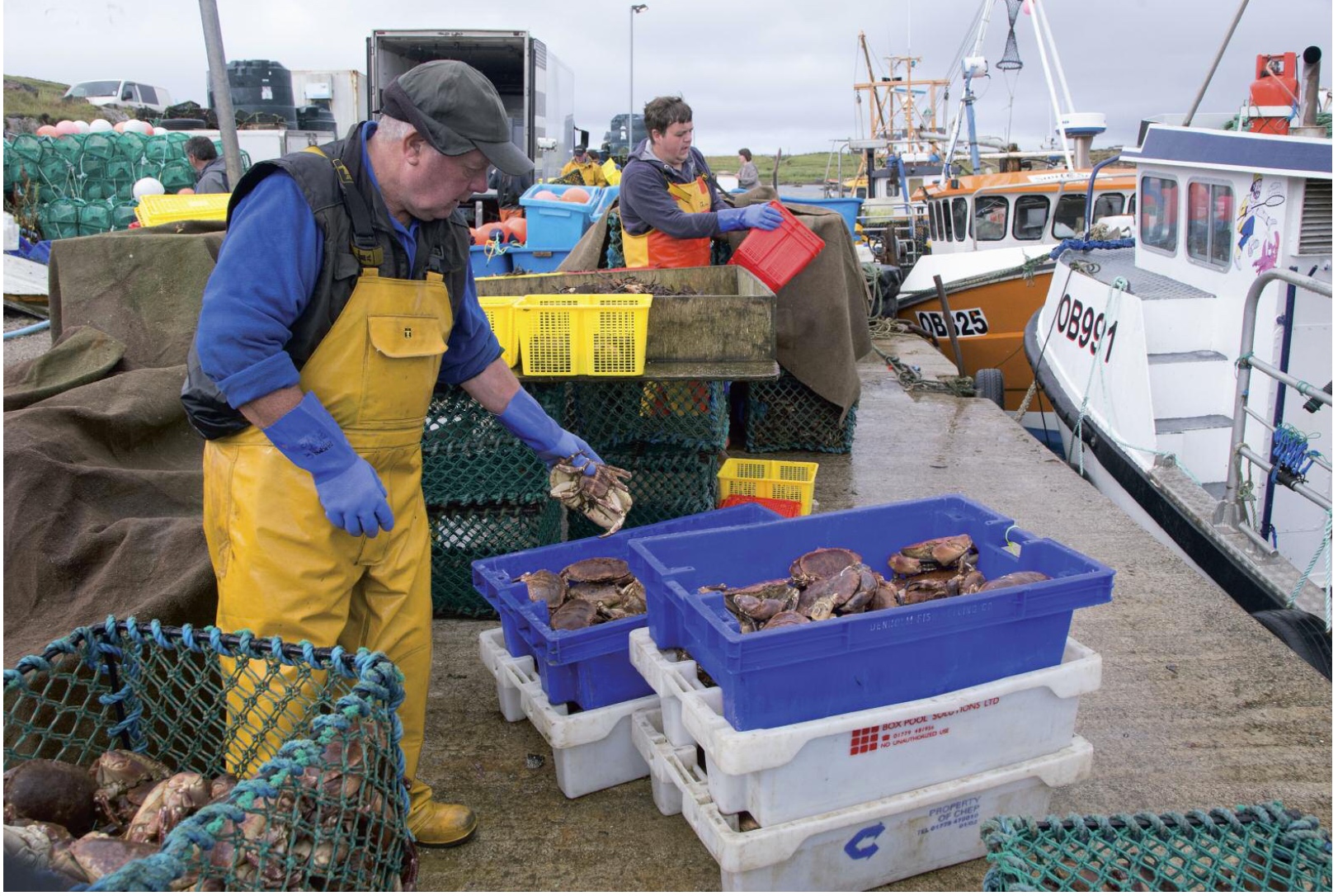 Over a year ago, Tiree Trust was approached by a group of fishermen who raised concerns regarding the state of Milton Harbour and were looking for assistance to investigate funding opportunities to enable an upgrade project. From here the Harbours Steering Group was formed, which consisted of individuals who were passionate about the regeneration of our harbours on the island;  those who make their living from fishing, using these facilities on a daily basis; and Tiree Trust directors.

Since the initial meeting, held in May 2015, a mammoth amount of work has gone into investigating all possibilities of the project. Tiree Trust has been assisting the steering group and it has now produced a Growth Plan for Tiree’s Marine Sector, which goes hand in hand with the recently prepared Tiree Growth Plan and outlines the ambitious plans for regenerating Milton and Scarinish Harbour. Neither harbour has had any major investment for decades and neither is currently safe.

Various options have been drawn up. The preferred option for Milton refurbishments consists of raising the height of the pier to prevent water level rising above the quay level; extending the pier to allow for extra berthing space; constructing a stub to improve wave climate; and to construct a building on the quay side which will shelter the fishermen from the weather when sorting and packing the catch. Planning permission for these improvements at Milton was granted in August. The positive economic impact of the proposed improvements at Milton is in excess of £320,000 pa.  The proposed repairs to Scarinish Harbour consist of stabilising the drystone pier, creating a safe top surface, installing new ladders and replacing missing blocks. Scarinish Harbour is a culturally significant asset and a very attractive location.  The improvements are also designed to increase the amount of leisure marine activity.

These harbours currently sustain 18 full time jobs and support approximately 38 dependents.   6 of the 8 boat owners are under 35. Without these improvements, the future of these jobs and the viability of locally landed seafood is in danger.  Argyll Estates have offered Tiree Trust both harbours for a nominal amount.

All the repair work has been costed, including all ad-hoc costs such as planning, surveys and required reports, with the total coming to £1.62 million.

Various organisations have already been identified as potential funders, with applications already being worked on for the European Maritime Fisheries Fund (EMFF fund). The group have also met with a variety of Government Ministers, including Humza Yousaf MSP (the Islands Minister), Michael Russell MSP and Brendan O’Hara MP, to talk through the Maritime Growth Plan, outlining the ambitious plans and highlighting the financial commitments involved. The project is also likely to seek some funding from the Windfall Fund, possibly 10%, which would ultimately be repaid over time by pier and landing dues.

The next stages of the Harbours Project are to confirm funding for the repair works, complete planning processes and approvals from Marine Scotland, conduct a tender process and then complete the work. There is still a long way to go before achieving the end result of reinstating two safe and functioning harbours, however we are pleased with the progress that has been made to date. 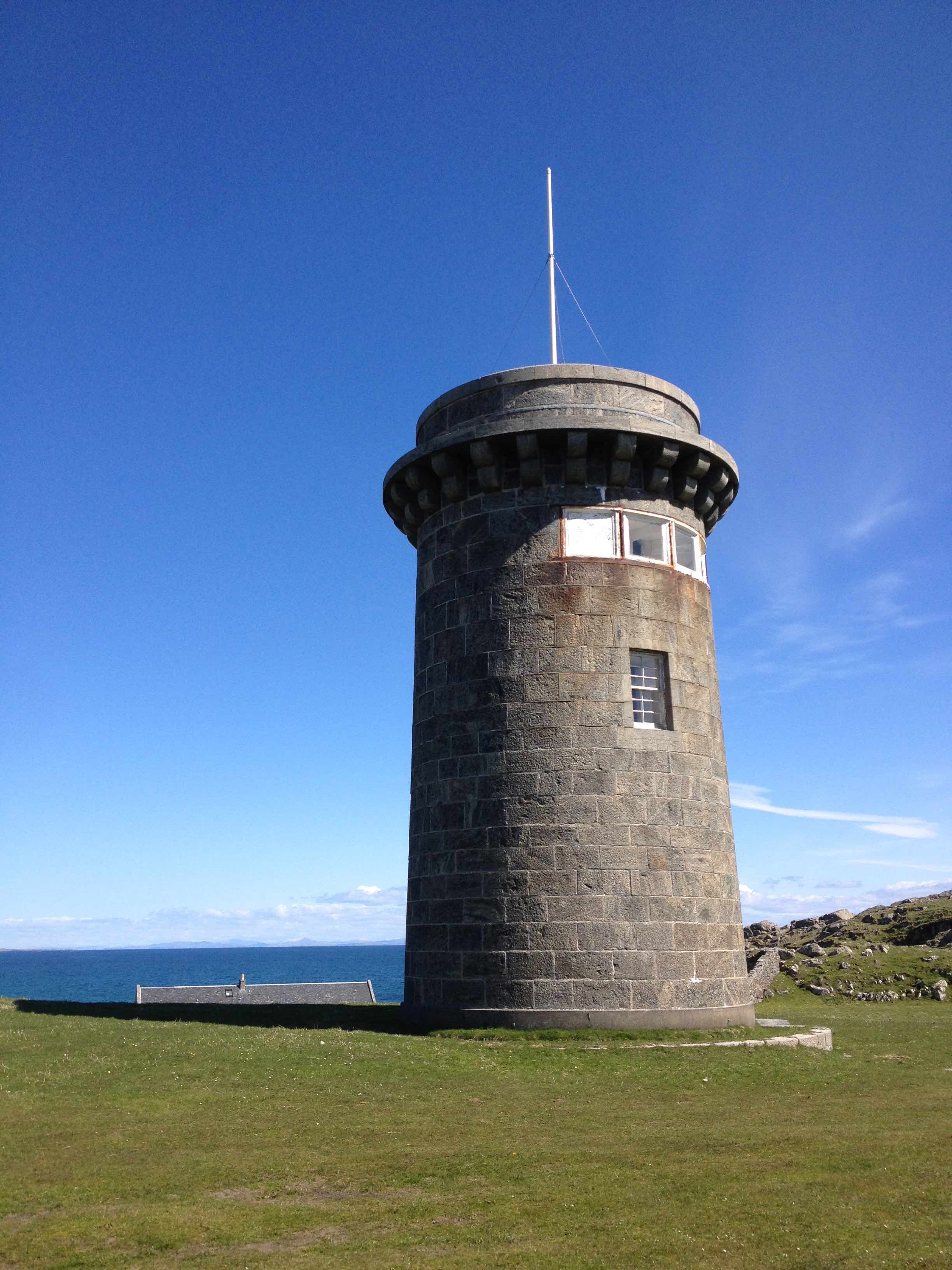 The second project currently being investigated by Tiree Trust is the acquisition of the Hebridean Trust buildings in Hynish. Tiree Trust was approached by the Hebridean Trust nearly 2 years ago, asking if they would be interested in acquiring and managing the buildings in Hynish, which includes Alan Stevenson House, Morton Boyd House, the exhibition spaces, the rented accommodation at Upper and Lower Squares and of course the pier and other infrastructure.

The Hebridean Trust was established in 1982 with the aim to support, stimulate and develop the economies of island communities, to restore and maintain buildings of outstanding architectural work, to protect and preserve the natural environment and to inform the general public about the Hebrides, its way of life, its Gaelic culture and its natural heritage.

Since then The Hebridean Trust has developed and restored the buildings, creating a group space within Alan Stevenson House which is well used throughout the year, installed informative exhibitions about Skerryvore lighthouse and the Treshnish Isles, along with creating housing opportunities for residents plus holiday let accommodation. Now, over 30 years later the Hebridean Trust feel that it is time to transfer the facilities and assets to a locally based community group and have generously offed Tiree Trust the opportunity to take over those assets at well below market value.

In the last year, Tiree Trust has been liaising with The Hebridean Trust and their respective lawyers to investigate the possibility of this transfer taking place. A funding application to the Scottish Land Fund for £130,000 has been submitted to cover most of the cost of the asset acquisition, legal fees and additional acquisition, initial development and marketing costs.  Funding of approximately £30,000 would be needed from the Windfall Fund to complete this stage.

Further funding will be needed for the cost of renovating and upgrading the buildings, particularly to improve low cost accommodation with efficient heating and insulation and to bring Lower Square (The Barracks) back into use. The total for renovating all the buildings is currently estimated at £1.08m, the bulk of which relates to Lower Square.  Various funds, including the Rural Housing Fund and Heritage Lottery Fund, have been identified and initial contact has been made. It is also likely to need contributions from the Windfall Fund. It is difficult at this stage to identify exactly how much Windfall funding would be needed but for immediate renovation and upgrading in the first 2 years of ownership, this could be in the region of a further £150-£200,000. Additional sums would be needed in the medium and longer term for less immediate renovations eg The Signal Tower.  Rental income and income from other business opportunities at Hynish would go towards recouping the Windfall investment.

Hynish is of major cultural importance, has significant heritage value for Tiree and Scotland and is of world-wide renown. By taking control of Hynish, the community would have the opportunity to reintroduce and increase affordable housing, create new income streams and develop employment opportunities, as well as taking ownership of an important part of Tiree’s history.

Tiree Trust is holding an Open Day on Saturday the 11th of November, where members of the community will have the opportunity to learn further information about both projects, ask questions, see the proposed plans for each project and put forward proposals for future uses of the Harbours and Hynish. Following on from the Open Day we will also be holding a vote, asking members of the Tiree Trust whether they wish to go ahead with either project, and are in agreement with the Tiree Trust taking over ownership of these assets with the resulting monetary and resource commitment from the Tiree Trust and the Windfall Fund.

In order to be eligible to vote you MUST be a registered Tiree Community Development Trust Member. The membership is open to all members of community who are registered on the electoral roll and over the age of 18. We encourage all local residents and those interested in the future development of Tiree to become a member of The Trust, to ensure you are kept up to date with all projects and work of the Trust.

You can become a member by clicking here or getting in touch with a member of the Trust Team by calling the office on 01879 220 074.

We invite you all along to the Open Day on Saturday the 11th of November. We will be releasing further information regarding the structure of the day and the voting process in due course, but please put the date in your diary.

Uncategorized
Why Campers are Welcome on the Sunshine Isle
Are you Eligible to Vote on the future of Tiree Projects?