The Tiree Trust AGM is taking place this year on Sunday the 3rd of June.

We encourage all Tiree Trust members and Tiree community to come along to our AGM for an update of activity over the last year. This AGM will cover all three groups, Tiree Community Development Trust, Tiree Renewable Energy Ltd & Community Information Technology (Tiree Broadband)

WE NEED YOU! Each year the three longest standing directors of the Trust stand down (but are eligible to re-stand) and there is an opportunity for  three new members of the community to stand for election.

If there are more than three nominations there will be a member’s vote at the AGM. If you are interested in becoming a director then please don’t hesitate to give us a call on 220 074  for more information about the role.

A directors nomination form can be downloaded at the following link. They must be submitted to Tiree Trust by Friday the 25th of May. 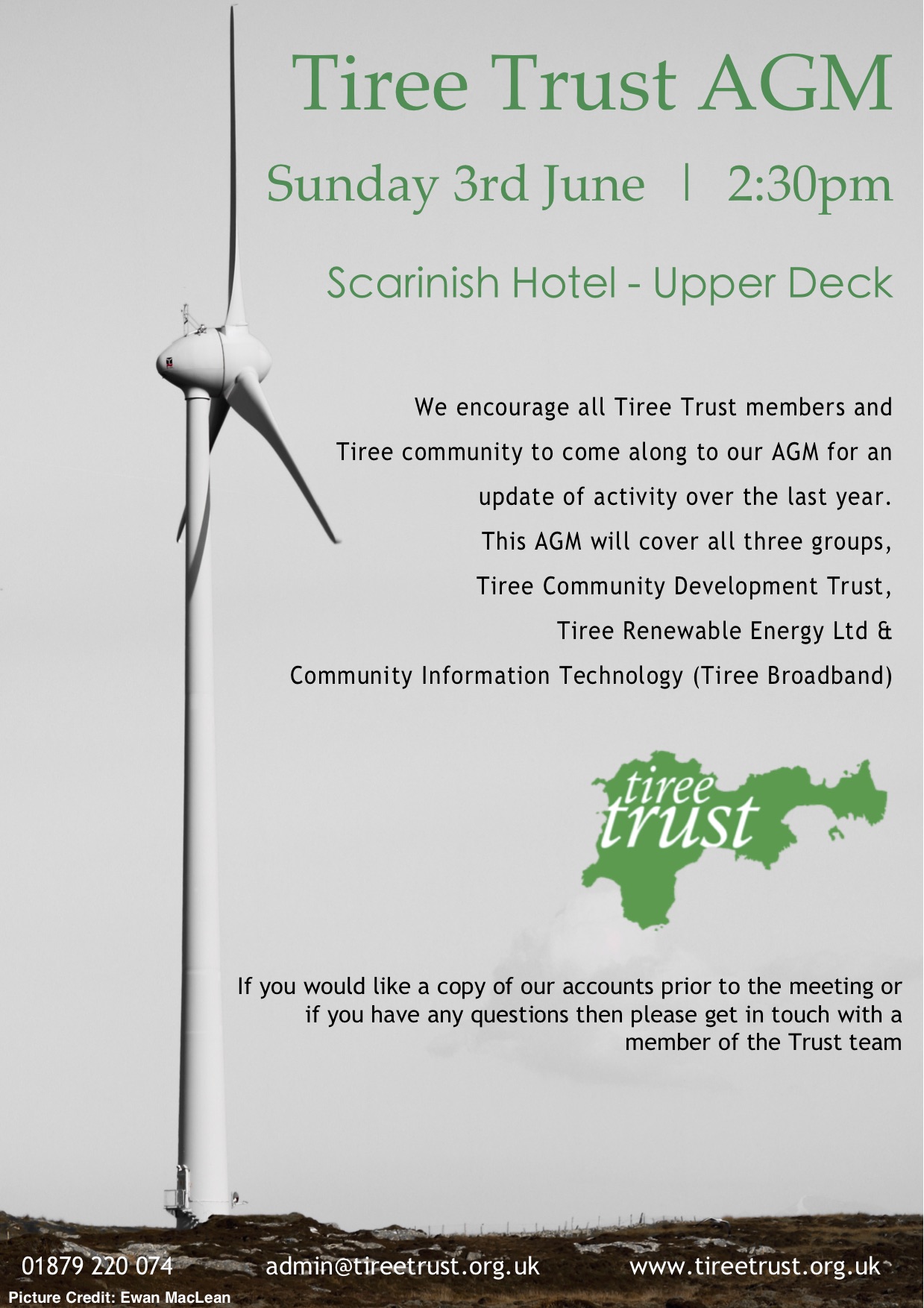