Scottish Government Minister for Transport and the Islands Visits Tiree

Humza Yousaf, the Scottish Government Minister for Transport and the Islands visited Tiree on Wednesday the 16th of August. The visit was arranged by Tiree Community Council who had previously met with the Minister back in January of this year, in Holyrood. At the meeting, they invited the Minister to visit Tiree and were delighted when it came to fruition last week.

Mr Yousaf only had a few hours on Tiree due to an earlier than usual return flight to Glasgow, but managed to jam pack a number of visits and worthwhile conversations into the day, meeting with a variety of local businesses, visiting community projects and Milton Harbour where he was updated on the ambitious refurbishment plans currently being undertaken by the Tiree Trust and the Harbours Steering Group.

The Minister didn’t get to see Tiree in its best weather, as the rain and wind battered down most of the day. He was still very complimentary of our island as he posted pictures on Twitter of his arrival on the twin otter with the caption: ‘Arrived on Tiree. Looking forward to day of Ministerial meetings with the local community & businesses. Even wet & windy it looks stunning’. 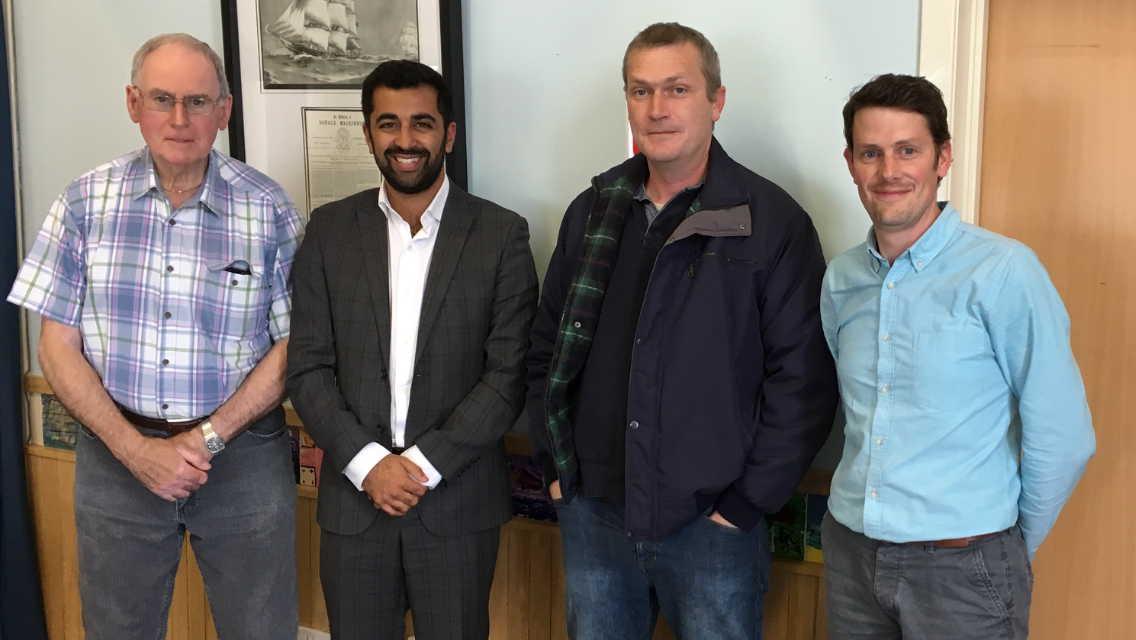 After a quick tour of the island, the minister was treated to a beautifully prepared buffet lunch, where Tiree’s produce was showcased with a variety of local fresh shellfish and Tiree lamb and beef. The lunch was followed by a meeting, where the minister got the opportunity to hear from members of Tiree Community Council, Tiree Transport Forum, Tiree Community Development Trust, Tiree Rural Development, Tiree Community Business and Tiree Broadband regarding various island issues.

There were a variety of agenda items, the meeting starting off with a viewing of the recently released ‘Tiree Maritime Plan’ video which was created to promote the harbours development project. Mr Yousef was very positive about the project, having visited the site in the morning, he got first hand evidence of the type of conditions our fishermen are currently working in. He vowed to investigate what funding, if any, might be available from the Scottish Government to support this project.

The idea of Tiree and Coll having a dedicated councillor was also discussed, with the Minister indicating that he thought this would be a very positive move and something that he might be able to assist with. The discussion around the Islands Bill was mostly centred on Argyll & Bute Councils involvement, with Humza informing the group that A&B Council are the only council who has not sent its leader to the working group meetings. Instead, Policy Lead for the Islands, Robin Currie has attended. It was felt that this was not adequate and something that should be raised with Argyll & Bute Council.

The Crown Estate Consultation has been on the agenda of the Tiree Community Council for some time now, with the Crown Estate Scotland coming into operation on 1st of April this year and is tasked with managing Scottish Crown Estate assets on behalf of Scottish Ministers, which includes agricultural and forestry land, most of the seabed and around half of the foreshore, areas that could be crucial to future developments on and around Tiree.  Mr Yousef was again very positive about trying to assist communities to investigate the possibility of Crown Estate Revenues going to local communities, at island level, and said he would forward on further information regarding this.

Other items discussed included the current lack of availability of good affordable backhaul (internet source) from BT for community broadband providers, in this instance Tiree Broadband, who currently cover areas on the island that BT cannot reach. A paper explaining the concerns was prepared and given to the Minister in the hope that he will back the case and see the need. It was suggested that a requirement to comply with this request should be included in the contracts for the next round of publicly funded infrastructure upgrades which is most likely to be delivered by BT.

It was also discussed that the Transport Forum has expressed the community’s desire to have a consistent Monday, Wednesday, Friday ferry service throughout the winter, this request will be sent in writing to the Minister.

Overall, the visit from Mr Yousef was extremely positive. Although there is no guarantee that anything will come from the points mentioned above, it is very positive that we as an island can communicate at a one to one level with the Minister for Transport and the Islands and he has given us assurances that he will support us where he can. It is extremely encouraging that he took the time to come out to Tiree and mentioned that he feels it is his role and duty to visit and support rural and hard to reach communities such as ours.

We hope, in the near future we will be able to update you with positive developments on some of the points mentioned above.

Thanks to everyone who was involved in the meeting. A special thanks to Fiona Malcolm, Neil and Alison MacPhail and Eileen Tainsh who helped to create and serve a wonderful showcase lunch. 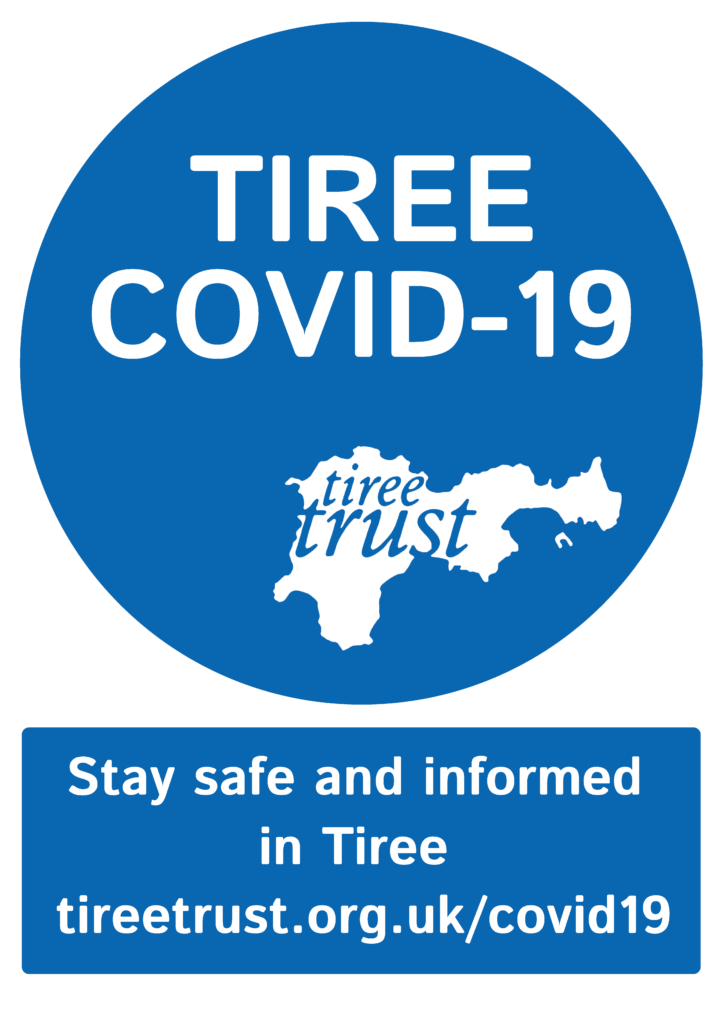