Positive Response for Community Projects and Grant Offered for Hynish

Are you Eligible to Vote on the future of Tiree Projects? – an article published in An Tirisdeach and TCDT website (26 October 2017)

Tiree Community Development Trust has been offered the opportunity to take ownership of all buildings and assets at Hynish which are currently owned by the Hebridean Trust. Hynish is a small crofting township lying on the most southerly point on the west of Tiree. Work on the buildings, which are category A listed, started in 1837 and comprised a reservoir, dock, workshops and lodgings for those involved in the building and operation of the Skerryvore Lighthouse.

In 1982 the Hebridean Trust took ownership and began restoring the buildings. Alan Stevenson House was originally built as store rooms, and has been restored and given a new purpose by The Hebridean Trust.

Other listed buildings in Hynish are home to ‘The Story of Skerryvore Lighthouse’ exhibition, and ‘The Treshnish Isles Natural History’ exhibition, while The Barracks, accommodation used by the building workforce in the 1830’s and 1840’s, and Keepers’ Cottages, occupied by the lighthouse keepers thereafter, are currently rented as term-let affordable accommodation. The Barracks is currently unoccupied due to damage caused by water ingress. Initial repairs have recently been carried out to the roof and walls in an attempt to stop this.

Tiree Trust held their Open Project Information day today (Saturday 11th of November). Giving the community the opportunity to learn more about both the Hynish and Harbours Project.

Below you will find a series of project information that was available on the day, including links to both business plans. 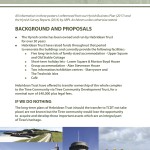 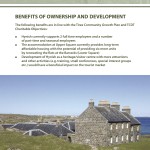 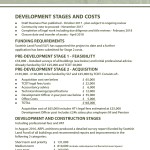 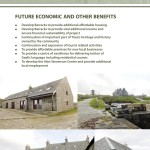 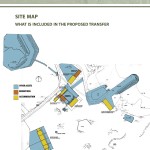 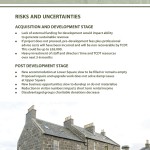